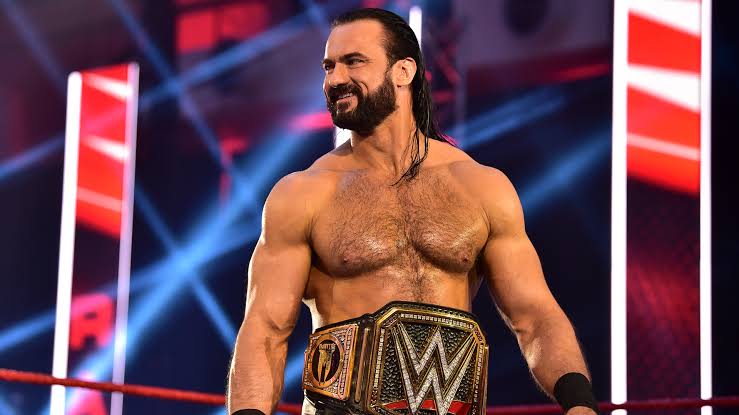 This year has been an irregular one in the world of wrestling. The pandemic has caused the audience to stay away from shows, and they have to watch virtually from home. There have been title-deciding matches that were canceled due to wrestlers being exposed to the coronavirus.

However, despite all of this negativity, we have seen some wrestlers thrive and wow the fans. This list celebrates the best performers of the year in the world of wrestling this year.

They have brought light amid all these controversies, and have kept the fans happy during these times.

Asuka was not having a great year until the empty arena fights happened. It brought a complete turnaround to a ywear that seemed like she would be relegated the same way it happened last year. Her performance brought energy to an auditorium that lacked the energy of the audience.

Her scream, charisma, and enthusiasm became the major selling point weekly for a large period. She impressed with her performances, with her style gaining more prominence with the absent crowd. Asuka delivered a great Wrestlemania 36 opening match alongside Kairi, Nikki Cross, AND Alexa Bliss in a tag team fight.

Her biggest point was the Raw title belt she won after a brilliant Money in the Bank fight.

Check out Top 10 Women Wrestlers where we also mention Asuka

Finn Balor returned to NXT, after leaving in 2016. When he left NXT for the WWE, it didn’t take long for him to make a name for himself in the WWE. He quickly became one of the stars of the show, becoming a universal champion only months after joining the WWE. However, he had a setback the same night he became champion, as he got injured.

He returned to the NXT and became champion again for the first time in four years this year. He defeated Adam Cole at Super Tuesday II in a fight between the two longest-serving champions of the NXT.

Damien Priest has been one of the best things to happen to NXT this year. He served the audience with a good dosage of weekly entertainment this year. He changed his name from Punishment Martinez to Damien Priest, and it didn’t go down well in some corners. However, his performances have made people forget about that and hop on the hype.

He had one of the best singles fights with Finn Balor, and his weekly battle with Keith Lee was always great to watch. Despite his big frame, his mixture of skills and movement is one of the best in the NXT.

Despite not having a large pool of fights this year. Lo Shirai became NXT champion and served us many classic moments in the WWE this year. Her performance in the triple threat match involving Charlotte and Rhea was so great, it cannot be ignored. Going into the fight, she was the underdog, but she excelled through her skills.

Her NXT championship win was also a great fight, and many think it is the best win on the empty arena this year.

Rhea has had one of the craziest years in WrestleMania. She put up a great performance this year, despite her year starting poorly after a dull match against Toni Storm. However, she turned it around with the fabulous match against Bianca Blair at TakeOver.

She also had a great run with her role in the in your house triple threat. She executed her role to help make it a good performance.

She could get better, but she has handled the spotlight so well this year, and she deserves a place in the top 10.

Randy Orton made a great comeback this year, with a brilliant performance in the Royal Rumble. He has looked out of sort for a while, and many thought he was out of his depth. However, his performances against Edge proved that he still has it and he served up entertaining performances.

His performance in the Raw segments was also great to watch, and it brings fans to the screen to watch Raw every week.

Drew McIntyre is arguably the biggest star in WWE this year. He has put in a lot of work to be a force in the WWE. His highlights include a tremendous win versus Brock Lesnar in WrestleMania 36, as well as a Royal Rumble victory. He became a WWE champion and has never looked back since then.

Victories against Seth Rollins, Big Show, and Bobby Lashley, were remarkable ways to defend his title. The Scottish man is on course to record arguably the greatest reign in WWE history as champion.

He has got great looks, along with a high level of talent and charisma.

John Cena has had a quite year in the WWE in 2020. His sole appearance in the ring was in a showdown with The Fiend. There are rumours that his contract has expired with the wrestling outfit, but he still has a special edition contract.

However, John will always be in the conversation for top wrestlers, as some see him as the greatest to ever wrestle. Whenever he steps into the ring, he comes with that superstar effect that you can only find in few others.

AJ Styles became the intercontinental champion this year. He further etched his name as one of the best in the world of wrestling. The Phenomenal One showcased his phenomenal talent, especially in his fight against The Undertaker.

He never backs down from a fight, and he served us some of the most interesting moments in the world of wrestling this year.

He brings the audience to the show and has made himself indispensable. As he leads in the number of head to head victories in Wednesday Night Wars against NXT. This year has certainly been a great one for the Purveyor of Silence.

John Moxley has achieved a lot for himself this year and recorded a lot of accomplishments. AEW will do all they can to keep him, as he is their biggest and brightest hope for growth as a promotion outfit.