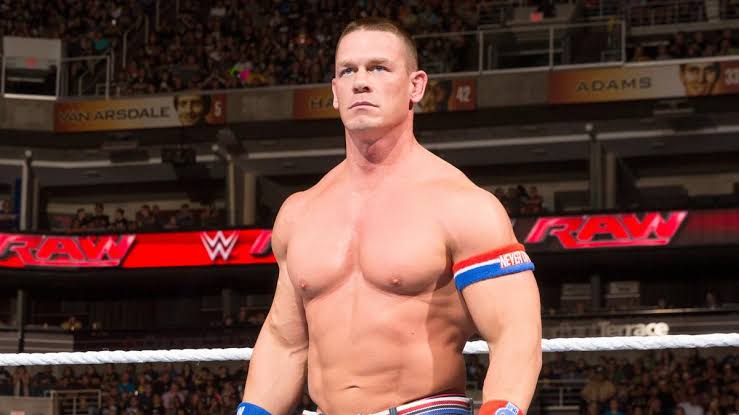 John Cena began his journey in the world of pro wrestling in 1999, under the UPW (Ultimate Pro Wrestling)

He was born in West Newbury, Massachusetts, United States of America. He was born on the 23rd of April, 1977. He is fourth on the list for the number of days spent as the WWE Heavyweight Belt holder. He is only behind Sammartino Bruno, Backlund Bob, and Hulk Hogan.

John Cena’s parents are John Cena senior and Carol Cena. He is one of the five sons born to this couple. He has a mixed background, thanks to his parents. His mother’s roots make him English-Canadian, while he has Italian roots through his father.

John Cena grew up in a Catholic household, and he attended a Catholic School (Central Catholic High School. He then attended Cushing Academy.

John Cena went to Springfield College, where he played American Football. John Cena’s grandfather sparked his interest in sport from his childhood. His grandfather is Tony Lupien, and he played baseball professionally, representing several teams in Major League Baseball.

John Cena was a good football player, and he wore jersey number 54 during his playing days in college. He also got into the All-American team of the NCAA Division III due to his good football skills. He played the center position in this team.

After John Cena graduated from college in 1998, he became a bodybuilder and went on to complete his degree in Body movement and exercise physiology. While doing this, he also worked as a Limousine Driver.

John Cena had always had a thing for lifting weights. This interest had been there as early as when he was 12 years old. This made him request for the gift of a Weightlifting bench from Santa. A wish that eventually came to pass.

In 2009, John Cena married Elizabeth Huberdeau. However, the couple ended up getting a divorce in 2012.

Currently, John Cena is dating Shay Shariatzadeh, a Canadian. He doesn’t have a child as of the moment of writing this.

John Cena adopts his real name in the ring, but he has several nicknames. He is called The Champ or the Doctor of Thuganomics in some cases.

John Cena started fighting at the pro level in 1999. He joined the Ultimate Pro Wrestling and didn’t take long before he announced himself as the real deal. He won the Heavyweight Championship belt under UPW. His UPW contract expired in 2001.

Some of his achievements in the WWE include,

John Cena is a WWE legend. He is fourth on the list for the highest combined number of days spent as World Heavyweight Champion in WWE. Wrestling legends that hold the first three positions are Bruno Sammartino, Backlund Bob, and the great Hulk Hogan.

John Cena has fought across two decades in the WWE and he is a fan favorite. He has participated in the Royal Rumble Match several times, winning it in 2008 and 2013.

He also won the Money in the Bank fight in 2012 and has won the Slammy Awards 10 times. John Cena’s entrance song is titled My Time is Now. The song is a rap song, composed and rapped by Cena himself.

John Cena drinks Alcohol but he doesn’t smoke. He also has some favorite things like everyone else.

John Cena’s favorite things to do when he is not in the ring are – playing football, video games, and basketball.

He released a rap album, which he titled “You Can’t See Me”. This album featured his cousin, Tha Trademarc, and was recorded under WWE Records. The album had over 143,000 copies sold in the first week and it reached number 15 on the Billboard 200 when it debuted.

John Cena is reported to worth about $35 million.

John Cena has not had many controversies in his career. But in 2009, he made a controversial statement about The Rock that displeased the fans. He claimed The Rock jumped at the first opportunity of another career after claiming he is all about WWE.